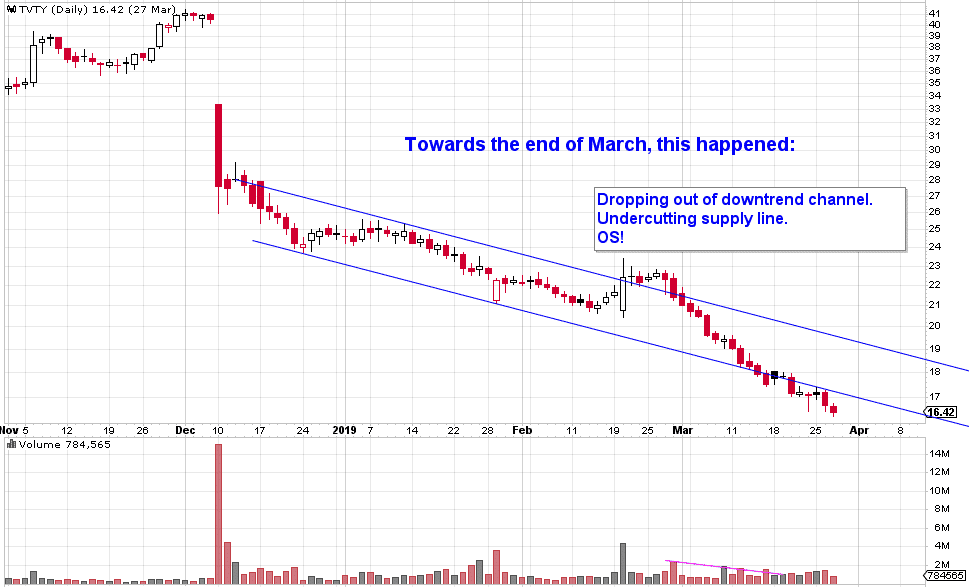 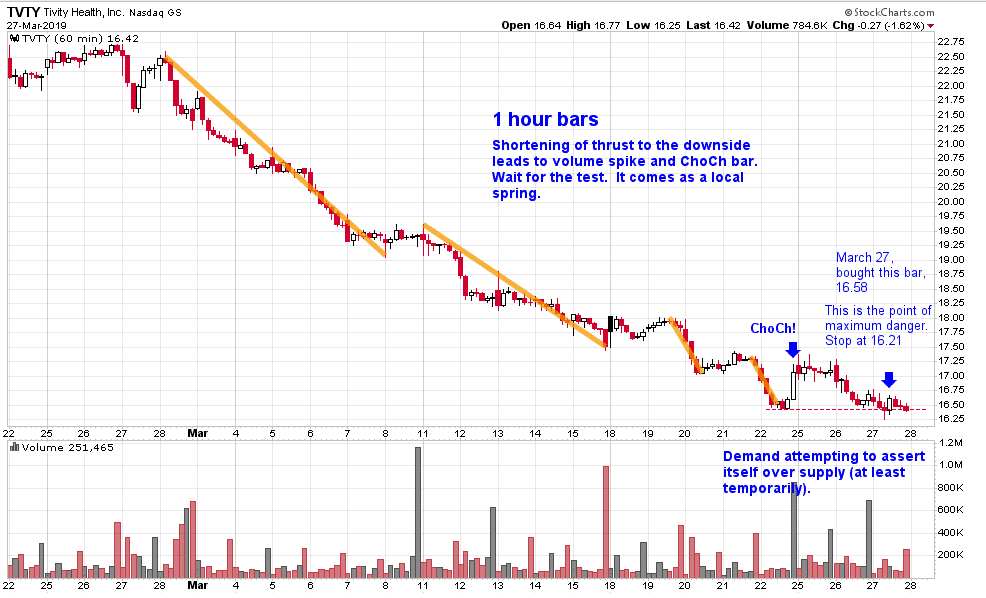 My mistake was in trade management.  The initial move after the late March reversal had strong momentum.  Eleven straight up days before the first reaction.  I sold on day six.  This is why I will always use mechanical trailing stops in the future.

Momentum moves like the early April rally in this stock almost always continue AFTER the FIRST reaction, albeit with less momentum.  Selling even during the initial reaction in mid-April, if I had let the stock get that far, would have been selling too early.  Wait for momentum to dissipate before selling, in conjunction with awareness of potential targets (where institutional buying or selling was previously present).

Previous Post
TVTY #1 - Analyze the Price Volume Action in the BUA...
Next Post
TVTY #3 - Familiarity Does Not Equal a Good Setup...
X