Following my process is my measure of success.  This is what happened earlier this year when I decided not to follow my process.

I get my stock ideas from a number of screens I run each week that produce trading candidates that satisfy various CANSLIM growth stock criteria.  I then analyze the results of the screens using Wyckoff criteria.  Early this year, SAVE made my Buy List.  My analysis and trades in the stock took place within the blue square on the monthly chart below.  At the time of my initial analysis, the stock appeared to have established a multi-year cause.  I was excited about a campaign that I believed was developing from a Sign of Strength rally.  My mistake with this trade, and it was significant and costly, was allowing my hopes for a large campaign (emotions) to override my risk control.  In a word -OVERCONFIDENCE. 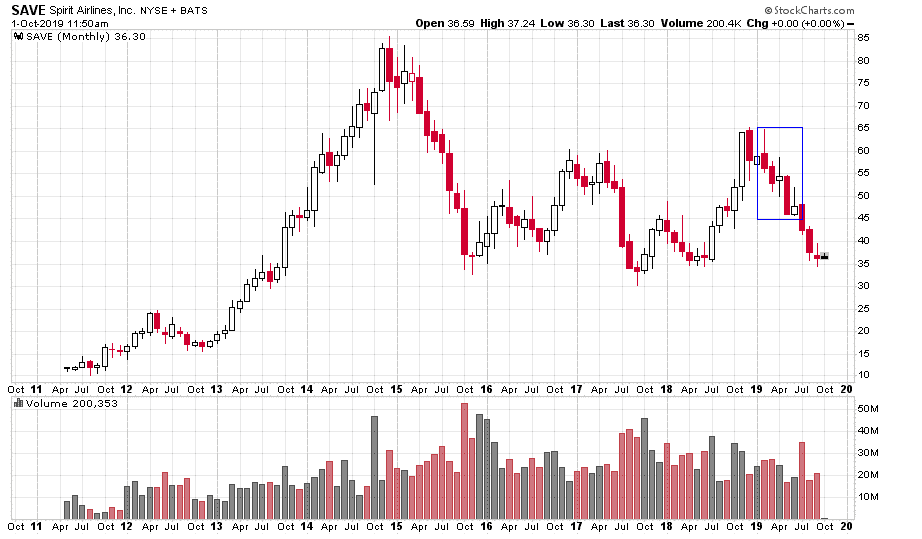 The daily chart below shows each of my entries.

The trade started OK with what I perceived as an opportunity to enter a position in a potential BUA (POE #1).

There was nothing wrong with that initial probe position.  Everything after that was a violation of one of the important rules I have learned from Roman – WAIT FOR CONFIRMATION; and lack of risk control.  If this was the beginning of a rally from the BUA a stop could have been placed under the low of the Sbar where I entered, and no additional buys would be made until price committed above the high of the range.  Instead I was so convinced of my analysis that I added two more positions – and more important, didn’t protect myself with a stop – and the rally attempt failed.

I added three more positions in what I was certain was Phase |C| of the BUA consolidation.  An SOS rally out of this structure aborted, and I now had serious doubts about my analysis but I still refused to put any stops on the position.  Mental errors!  When price made lower lows I finally came to my senses and placed a catastrophe stop below the June and July lows.  Price then attempted to recover the January and March lows but reversed hard on the 2Q earnings report and I was stopped out. 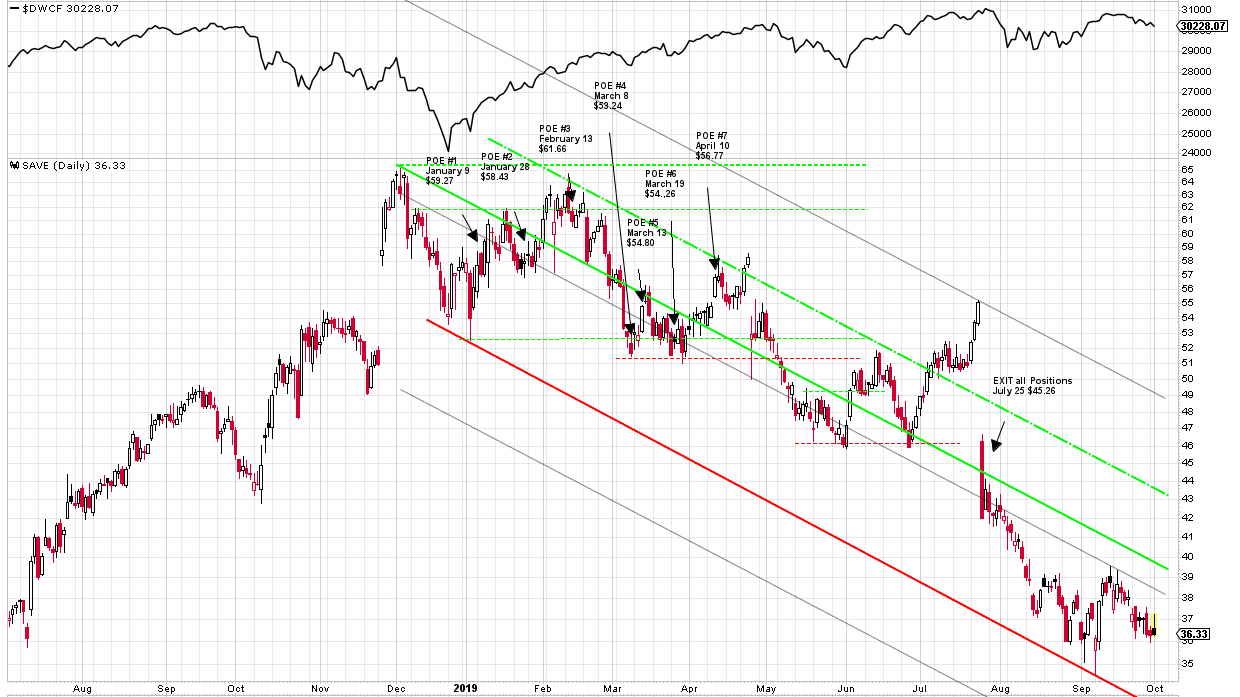 Ignoring rules because I think I know what is going to happen is a big mistake.  Posting this trade makes me accountable to myself.  I am not afraid of making mistakes.  Everybody does it.  I will take the lessons learned and improve my future trading results.