This trade has had the most positive impact on my equity curve so far in 2019, but it is laden with mistakes.  Bias, Character (of the expected move), and Timing are all necessary components of an efficient trade.

Late in 2019, cannabis stocks began to receive attention in the market.  Canada was considering legalization.  Several states in the US had already made medical marijuana legal, and a few were even allowing recreational use.  Several cannabis stocks appeared to be in Wyckoff reaccumulation structures and in mid-August began to outperform the market.  The weekly chart below shows the structure of one of them. 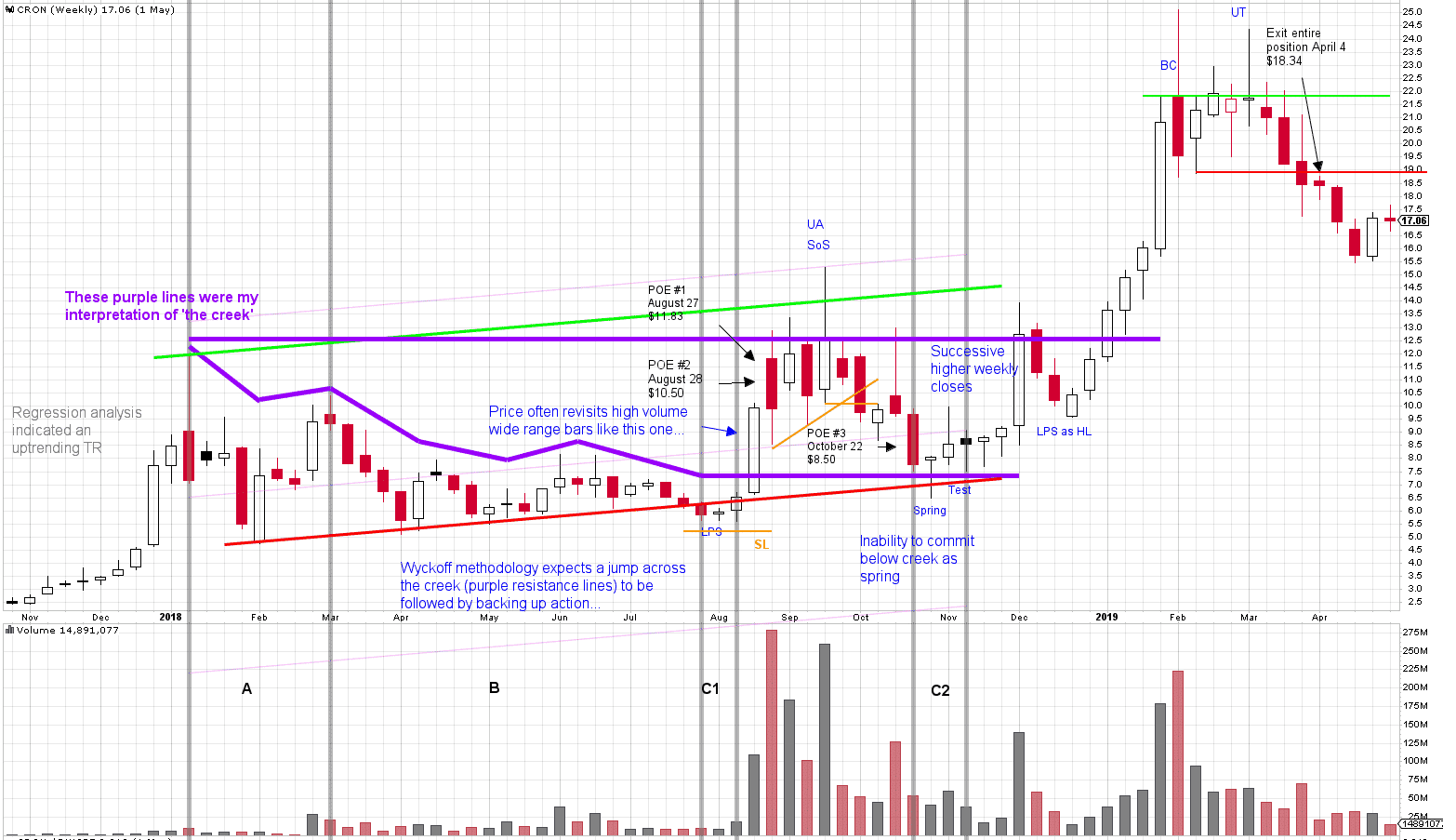 (These comments refer to the chart above).  On August 27 I succumbed to FOMO (Fear of Missing Out) and bought POE #1 of CRON (based on its performance against its peers on August 26), followed by POE #2 on the 28th.  This was based on an incorrect identification of Phase |C| (C1 on the weekly chart).  This was entering on an initial breakout to a new ATH, a mistake.  Three weeks later, there was an obvious upthrust.  I had placed my stop below the LPS in C1.  I would have saved myself some psychological capital if I had better recognized what was happening and raised the stop after the weekly UT bar (using either of the orange lines around $10-$10.50 on the chart).  Potentially a mistake, but I can argue for keeping the SL below the August LPS, which is what I did.  However, I made a big mistake by placing a limit order to double my position at $8.50.  It turned out to be a good entry point, but it broke every order entry rule in my book.  The next week there was a spring of the uptrending TR and two weeks later it was successfully tested in C2.  This was the proper entry point!

The trade began to work in early December and for two months the stock appreciated nicely.  In late January and the first week of February, there was a BC.  My initial plan was to hold the stock for a longer campaign, but as the TR began to break down and look like distribution, I became concerned and sold the entire position (the stock is recently trading back in the $11’s).

If a higher time frame is indicating an opportunity, a lower time frame can provide valuable clues about optimal Points of Entry.  The daily chart below shows the development of what resembles a re-accumulation structure starting with the late August.  It provides clues about the Bias, Character and Timing which add to the texture of the weekly chart. 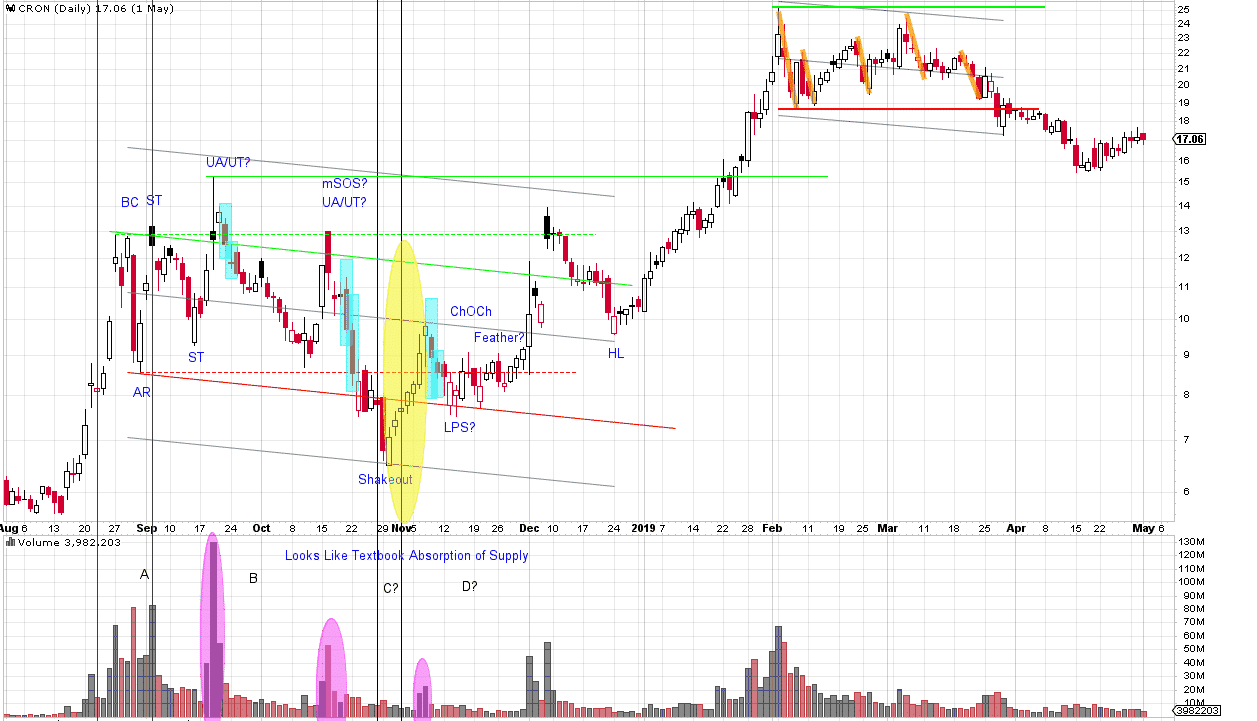 This trade resulted in a 92% gain in 7 months.  By itself, it represents +5.5% incremental 2019 total portfolio return.  Yet it is full of mistakes.  Occasionally, correct identification of Bias and Character can offset errors of Timing; but efficiency (to say nothing of sleeping well) is best served by having all three factors working together.