SUCCESS
Your information has been submitted
7/3
2019
From IPOs to ICOs: Mimicking the Stock Market
by Alessio Rutigliano

An Introduction to Initial Coin Offerings

It’s surprising to see how the decentralized universe of cryptocurrencies actually mimics traditional stock market dynamics. The Initial Coin Offering is a sophisticated process involving financial players specialized in this new asset class. Startup incubators, underwriters, crypto exchanges and marketing companies work together every week to launch new “crypto tokens,” which are the equivalent of shares in the stock market. 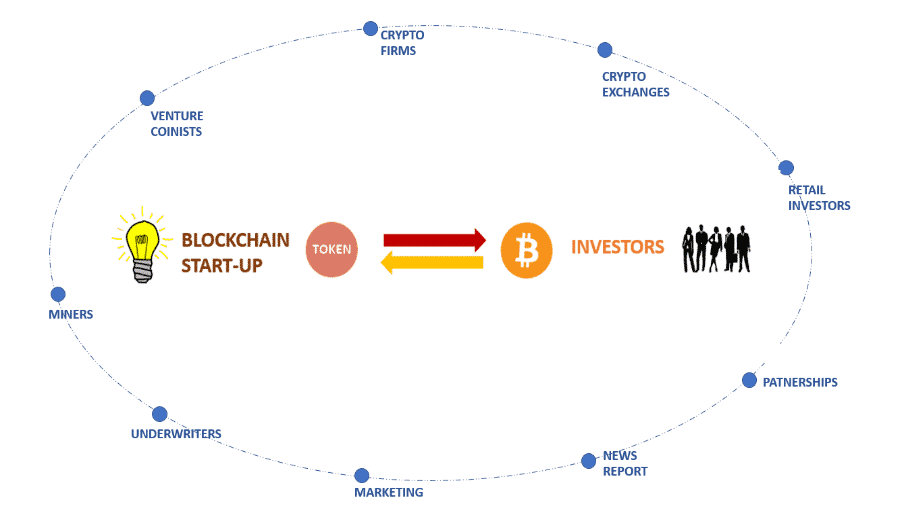 In the last few years, thousands of startups have developed blockchain projects ranging from financial services to healthcare. Due to the lack of regulation of the crypto market, these young companies generally have limited access to the traditional financial system, but they still manage to raise funds for their tokenized assets by accepting cryptocurrencies instead of fiat currencies. During the 2015-18 market cycle, cryptocurrencies like Bitcoin and Ethereum were widely used as reserve currencies in the crypto ecosystem, bypassing jurisdiction-based fiat currencies.

After the Initial Coin Offering, the token is listed on the crypto exchanges. From this point forward, the value of a token follows the accumulation and distribution logic that we study in the Wyckoff Trading Course. IPO traders will barely be able to distinguish the following crypto chart from that of a young stock (think of Uber’s recent IPO). 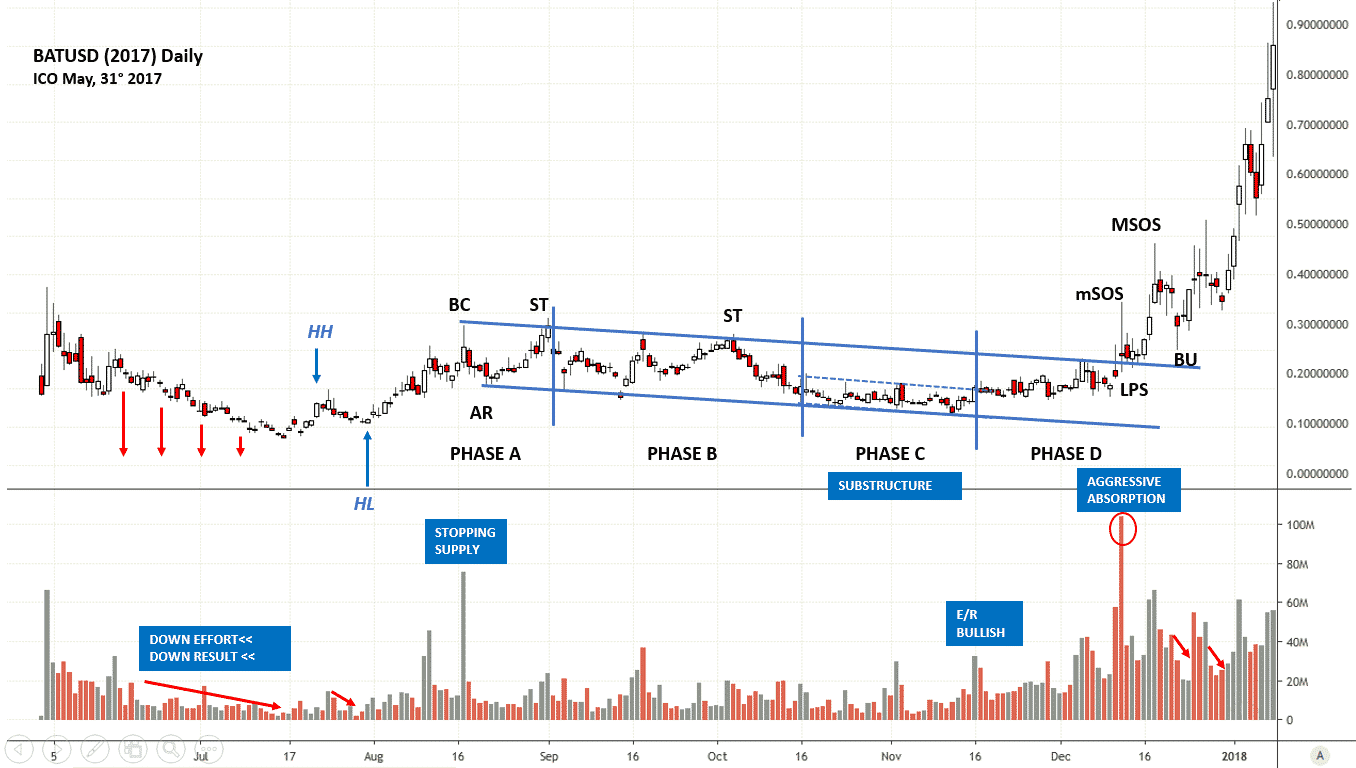 BAT (Basic Attention Token) is a project focusing on digital advertising and attention-based services. Its ICO raised $35 million in May 2017 in just 30 seconds! The supply signature gradually decreases in the first two months after the initial listing, while price action clearly shows decreasing spread and shortening of the downward thrust. A Higher High followed by a low-volume reaction to a Higher Low in late July alert us that the initial supply has been absorbed, and that an uptrend is ready to start (look at the up move from $0.10 to $0.30 in just one month).  Note that, after a period of apparent inactivity, demand comes in aggressively in August, leading to a Buying Climax within the range of the initial ICO price bars.  Subsequently, we see a classic Wyckoff re-accumulation unfold.  The substructure in phase C of the re-accumulation offered a low-risk entry. The aggressive absorption at the top of the range is a hallmark of these ultra speculative markets, which we will encounter several times.

The current crypto cycle is characterized by a new crowdfunding model, called Initial Exchange Offering, where exchanges act as “underwriters,” providing a layer of protection for the initial investors. In the next articles, we will explore this new paradigm from a Wyckoffian perspective.