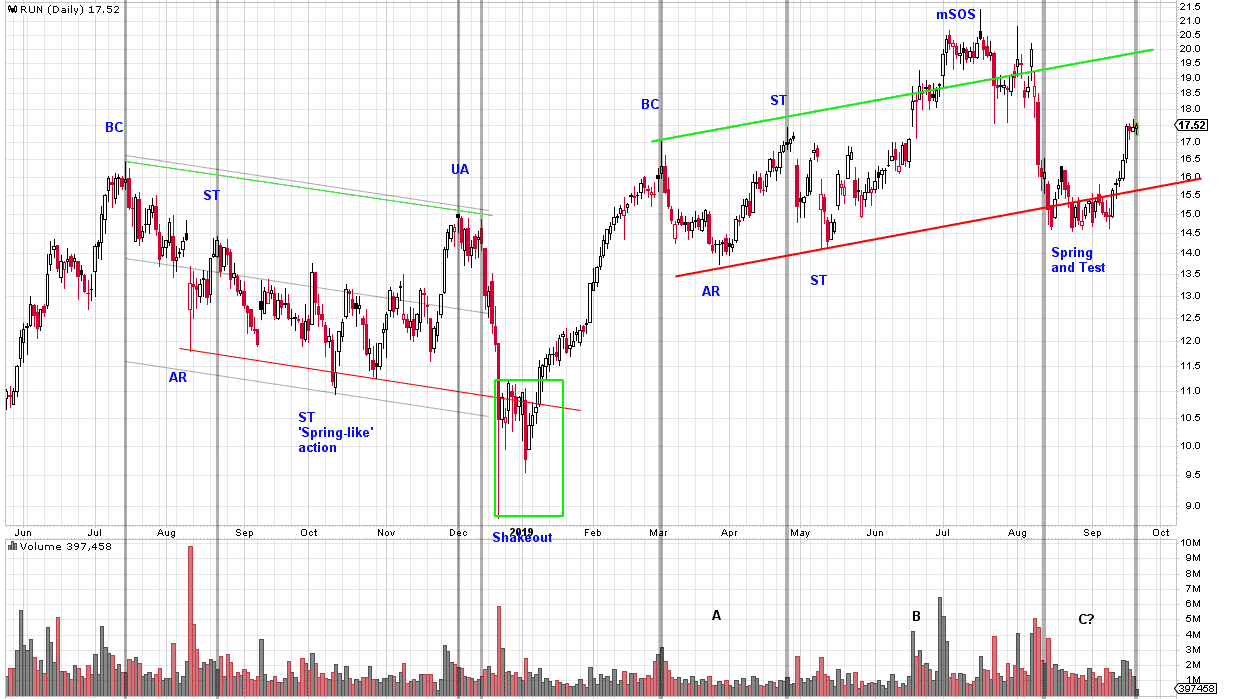 If my structural analysis is correct, then a POE exists now in Phase |C|.  I dropped down to the 2-Hour time frame to take a closer look (below), and the chart seems to reveal a TR with a Wyckoffian structure.

I have highlighted two zones on the chart.  The larger red zone is where sellers, possibly weak hands, unloaded stock on the reaction into the TR.  The green zone is where buying supported the price.  Notice the breakout above the local area of resistance where I detected a change of behavior in the range.  Ok, it was obvious.  What I missed was the change of behavior in the last reaction in the green zone.  Notice how grudgingly price goes down and how supply appears exhausted.  I missed this behavior completely.  It afforded an earlier indication that timing was right for a move out of this TR.  So far, the move has reached the initial objective I identified – the red zone where was supply was presented on the way down. 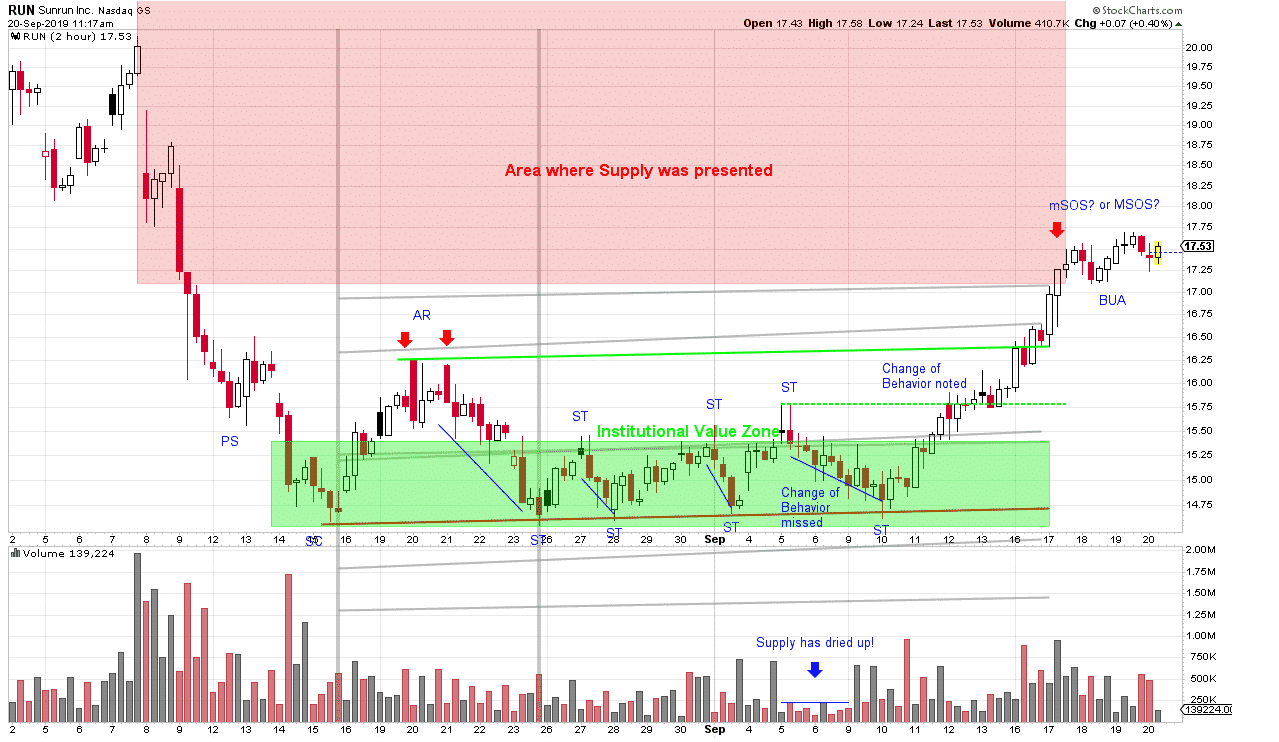